What is DevOps? The Beginner’s Guide 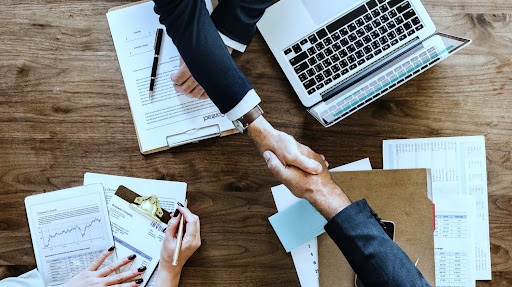 Communication, collaboration, and integration are the three primary tenets that underpin the “DevOps” methodology, a contemporary approach to the delivery of software that is experiencing rapid expansion.

The term “development and operations,” which was first proposed by Patrick Debois in 2009, is an expansion of agile development environments that seeks to improve the process of software delivery as a whole. The concept was first introduced. There is, without a doubt, a great deal of debate about the precise meaning of the terms “devops” and “operations.”

DevOps is the Next Generation of Agile

There are a variety of points of view regarding the place where the Agile approach fits into DevOps (or, how DevOps fits into Agile). While some regard it as a competition between Agile and DevOps, others consider the two to be complementary aspects of the same philosophy. There are others who believe that Agile is what makes DevOps possible.

You can also avail discounts on DevOps by using the Best Black Friday Deals & Discounts For Techies & DevOps Enthusiasts.

Beginning in 2009, an increasing number of IT professionals started to shift away from the traditional waterfall method and embrace the nonlinear agile methodology. This was accomplished by making each development stage independent and incorporating continuous testing early on and throughout the development cycle.

Currently, the majority of IT professionals use the agile methodology (see the second half of this guide for a glossary of terms that goes into more detail).

As a result, this strategy improved productivity while simultaneously lowering risk by empowering developers with the ability to implement quick adjustments prior to the product’s release into production, based on the continuous feedback they were given. Although the use of agile methodologies had always been beneficial to the development process, there was still a bottleneck in the flow when it came to deployment.

This phase continued to adhere to the waterfall model. While the development process utilized agile to reduce risk and boost speed, the deployment process clung to the linear waterfall structure, which slowed down delivery and left testing till the very end of the process, which incorrectly split ownership of the product.

This resulted in significant delays in the delivery of products since programmers were required to begin their work from scratch whenever an issue was found towards the conclusion of the deployment process.

Debois came up with the idea of DevOps after observing a gap between the development and deployment phases of software production and after becoming aware of the advantages of applying agile principles to every stage of the software delivery process. The combination of agile’s extended best practices and principles with the agile marriage of development and operations offered the potential to significantly boost productivity while also reducing the risks associated with delivery. Here are some of the best online courses to learn coding.

DevOps is neither a tool nor a technique; it is a methodology. It is more of a shift in culture than anything else. The majority of businesses, regardless of their nature, are resistant to change, which makes the implementation of new approaches rather difficult. For this reason, it is essential to first describe the business requirement that prompted the conversation on the possibility of change as well as the problems that are associated with it.

In today’s business world, it is expected that companies will quickly deliver flawless applications with a focus on the user experience. However, if a company does not have the appropriate tools, applications, and behavior, what may initially appear to be a straightforward task can quickly devolve into a complicated mess. At the end of the day, poor delivery results in lost commercial prospects and CKA certification coupons.

Only in settings in which everybody subscribes to the same philosophical outlook can a DevOps culture thrive. For successful software development and delivery, one needs the appropriate technology, an accurate appraisal of the problem, and a positive mental attitude.

If every member of an IT company is on the same page and comprehends the value of clear and consistent communication in addition to the underlying business goals, then there is virtually no limit to what can be accomplished. Assuming that the lucky persons in question are willing to participate as members of a team, it goes without saying that having a diverse skill set is advantageous to every step of the process.

During the Linux foundation course of the past ten years, the growth of developer technique has resulted in the demise of some positions and the birth of others, including the transition from administrator to SRE to DevOps engineer. As a consequence of this, it is typical to find this career path on the resumes of many people working in the field of developers and engineers, as the methodologies that are requested and the expectations that are expected of new employees continue to evolve.

As was noted before, the most important aspects of implementing DevOps in any scenario involving the development and delivery of software are collaboration, communication, and integration. The formation of multi-skilled teams out of individual skills training (for example, developers, system administrators, and testers) can be of tremendous use; nevertheless, in the absence of the appropriate collaboration and mindset, the talent is essentially rendered useless.

When individuals within a group are aware that they can rely on one another as a whole, the group as a whole is also able to operate much more rapidly and efficiently, which eventually results in satisfied customers.

The first thing that needs to be done in order to implement a DevOps methodology is to acknowledge the interconnected nature of software development, IT operations, and quality assurance.

In order to improve the operational efficiency, predictability, and maintainability of a software delivery pipeline’s key players, as was described above, DevOps depends on cross-departmental collaboration and open communication between those players. Teams are able to expedite software delivery if they begin the process by integrating and automating key parts as early as possible.