Ido Fishman Explains All you Need to about SPACs 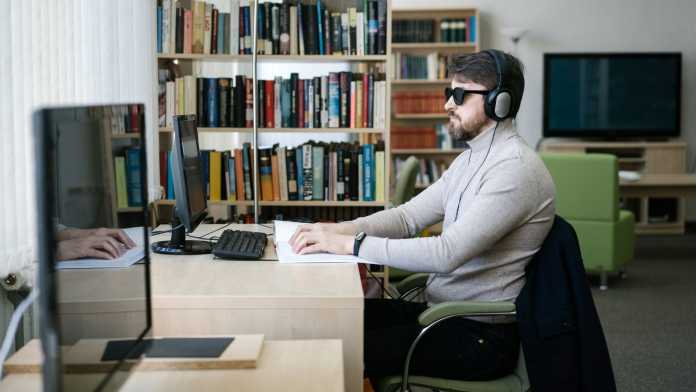 SPACs are making a lot of headlines nowadays, which explains an increased interest in them. Most people want to know exactly what these special purpose acquisition companies are. To put it simply, these are non-operating publicly traded companies and their purpose is to identify and then buy a private company, which allows the acquisition target to list their stock publicly. These are also referred to as blank check companies. The term reverse merger is used to refer to the acquisition of a private company by a SPAC. According to Ido Fishman, more SPACs were established in 2019 and 2020 than in the 18 years before them.

In 2020 alone, a total of 247 new SPACs were formed that ended up raising a whopping $83 billion in capital via initial public offerings. As per Ido Fishman, not only is there an increase in the number of SPACs, but every SPAC is also raising a lot more capital through IPOs. This enables them to buy larger private companies. In 2020, the average SPAC IPO had reached $336 million, whereas it was $230 million in 2019.

Why is there a need for SPACs?

It is natural for anyone to wonder why there is a need for SPACs when private companies can choose to go public on their own. Ido Fishman states that private companies are willing to be acquired by SPACs to go public because the process is less burdensome and faster than the traditional IPO. The receptiveness of the financial markets to new public offerings varies, as it depends on investors’ risk appetite and economic conditions. As a SPAC is already traded publicly, a reverse merger enables a private company to go public even when the IPO window is closed.

Apart from that, Ido Fishman says that private acquisitions also find SPAC companies attractive because the reverse merger allows the founders and the shareholders to sell a bigger percentage of their ownership than they can in an initial public offering (IPO). Furthermore, the private company founders are also able to avoid lock-up periods for selling their new public shares, as in a traditional IPO.

How do they work?

SPACs use an initial public offering for raising capital to be used for acquisition. A typical IPO structure for a SPAC comprises of a Class A common stock along with a warrant. The latter gives the holder the right to purchase more stock at a later date at a fixed price. As per Ido Fishman, investors participating in the SPAC IPO find the opportunity of exercising the warrants more attractive due to which they get more common shares after the acquisition company is chosen and the transaction window closed.

The standard price for a SPAC share is $10, whereas the exercise price of the warrants is usually 15% or higher. A couple of weeks after the IPO is complete, the warrant is spun off and then it begins trading separately from the stock of the SPAC. Almost 85% of the proceeds of the SPAC IPO have to be kept in an escrow account for any future acquisition. However, Ido Fishman states that mostly 97% of the proceeds go into escrow and the remaining 3% is kept to pay for IPO underwriting fees, along with any operating expenses like accounting and legal fees as well as due diligence fees.

Meanwhile, the funds that are kept in the escrow account are typically used for investing in government bonds. After the IPO takes place, the SPAC team begins looking for a potential acquisition target. As per Ido Fishman, the SPAC stock should be trading near its IPO price because the proceeds are kept in the form of government bonds, but they can fall below the IPO price during market sell-offs. Likewise, it is possible for them to trade at a premium if shareholders believe a compelling acquisition target will be identified.

The most important thing that Ido Fishman believes every potential investor should know is that SPACs have a specific time period during which they have to make an acquisition. This is usually fixed at two years. If there is no acquisition during this given time period, then the money is returned to the shareholders. If a target firm is identified, a formal announcement is made and the day it is done is referred to as the announcement date. After this announcement, the SPAC sponsors have to negotiation the acquisition structure and perform additional due diligence.

A proxy vote is the next step where SPAC shareholders vote for approving or disapproving the acquisition. Shareholders also decide whether they wish to liquidate their shares for a pro-rate portion of what is left in the trust account. As per Ido Fishman, the acquisition goes through if majority shareholders approve. If more than 50% disapprove, then the proceeds are returned to the shareholders and the escrow account is closed.

Another important thing that Ido Fishman highlights is that SPACs usually target firms that cost two to four times the amount raised via the initial public offering. Therefore, they require additional capital from outside investors. It may also needed because some existing shareholders may have voted to redeem their shares, thereby taking their proceeds. The business combination is completed through both equity and debt. The equity is mostly provided by leveraged buyout firms, in what is referred to as PIPEs (Private Investment in Public Equity).

Once the business combination receives approval and additional capital is also raised, then the transaction is completed and the acquired company lists on the stock exchange. If you want to invest in a SPAC, Ido Fishman states that it can be done via a SPAC ETF, or through individual securities. The latter enables investors to focus on SPACs that seem most promising and also have some downside protection due to their structure. As the SPAC IPO proceeds are used for investing in government bonds, you can choose to sell your SPAC shares in the secondary market or go for liquidation, in case you are a shareholder, but no longer wish to remain so.