How Michigan’s Minimum Wage Will Increase in 2023? 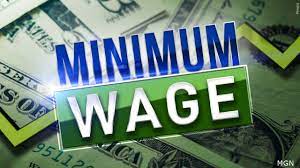 Michigan is set to make some changes to the way minimum wage is approached, and they have already started increasing this with the New Year’s. While it’s hard to know what will happen in the long run, we do know that at least now, companies in Michigan need to pay every worker at least $10.10 an hour. This is a 2% increase, which is quite an interesting approach for the state.

Why did this happen?

For a very long time, there have been a lot of people focused on asking for a higher increase when it comes to minimum wage. And that’s perfectly normal since the minimum wage has been an issue, especially in Michigan. That’s why the authorities started to take notice. With that being said, the previous minimum wave for the state was $9.87.

As you can see, the increase is not massive, but it does go over the $10 psychological barrier. And it does add up to some dollars extra every month, which is what a lot of people advocating a higher minimum wage wanted in the first place.

Will the minimum wage for Michigan increase in 2023?

That’s hard to say, but we do have to keep in mind that the target for 2022 was $12. Even if the year is past us, that target is not reached. The petition was amended to eventually get that in 2030, which the One Fair Wage committee said it’s not constitutional. So yes, this is certainly a problem that needs to be addressed as quickly as possible. There are apparent challenges related to that, but results can still be quite incredible in the long term if everything is handled the way it should.

There was a court order issued to ensure that until February 19th businesses in the state will need to accommodate the new Michigan minimum wage requirements. There is a final resolution for the appeal being expected, but we do think that this will be the new minimum wage.

One thing is certain, there are plenty of supporters for a higher minimum wage, but it seems that the increase is coming with very small, baby steps. We do believe that the minimum wage in Michigan has the potential to become higher and higher in the years to come, but the increased amount will be small due to the numerous hurdles that appear!

The 7 Most Important Benefits Of Buying Furniture

The 7 Most Important Benefits Of Buying Furniture