How an Attorney Can Help in a Plea Bargain 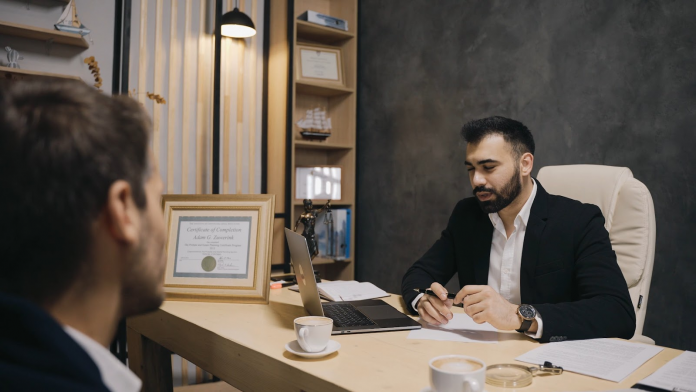 Legal representation is arguably the best way to secure a plea bargain because attorneys can facilitate negotiations with the prosecutor for the best outcome in a criminal charge or offense. They can communicate their wishes through a lawyer and lower the likely penalties for their charges.

The criminal attorney in Toronto offers a free initial consultation to evaluate cases of individuals facing criminal charges and hopefully recommend ideal legal solutions for their situations. Besides, most criminal attorneys work on a “pay after work” basis so you won’t have to worry even if you’re broke.

What is a Plea Bargain?

A plea bargain is an offer made by the prosecution to the defendant if they plead guilty to an offense. In exchange for a guilty plea, the defendant’s charge might be dropped, or reduced, or their sentence could be lighter. Understanding how plea agreements work can help a criminal defendant make an informed decision on accepting or rejecting them.

Plea bargaining is offered to the defendant for different reasons, such as:

The factors that determine the likelihood of reaching a plea bargain and whether it’s an ideal solution are:

Both sides will evaluate the facts of the case and decide whether a plea bargain is applicable or whether they should proceed to trial. You should consult a criminal defense attorney before accepting a plea bargain.

Pros and Cons of Plea Bargain

1. A plea bargain removes the uncertainty of a trial and the maximum sentence that may come with a successful conviction after trial.

2. A plea bargain saves the money that the client would have paid to the lawyer;

3. Plea bargains promote judicial efficiency by allowing judges and prosecutors to attend to other cases;

4. Plea bargains free up court congestion which is a big problem in the U.S courts;

5. The defendant gets the opportunity for a lighter sentence.

The drawbacks of plea bargaining include:

1. Innocent defendants can be forced to plead guilty to a lesser charge to avoid a criminal conviction in the original charge;

2. Innocent people end up with criminal history after accepting a plea agreement;

3. Plea bargaining limits the course of justice. Legal experts argue that law enforcement focuses on making deals with defendants instead of pursuing justice.

4. Plea bargaining robs defendants of their legal right to a court trial because most defendants accept plea agreements out of fear or coercion.

5. Plea bargaining denies defendants the right to appeal their cases. Once you accept a plea agreement, your goose is cooked and you’ll be forced to obey the terms of the plea agreement.

6. Plea agreements can have negative immigration and professional consequences.

Criminal lawyers help their clients by entering into negotiations to initiate a plea bargain. The defendant must have a strong case to entice the prosecution into acquiescing that a plea agreement would be the best way to resolve the issue. Otherwise, a plea negotiation may not progress if the prosecution has a stronger case.

The lawyer can increase the chances of a successful plea agreement by gathering extra evidence for their client’s case. Extra evidence can be used to refute the prosecution’s claim and hopefully force a plea bargain.

A criminal lawyer negotiates a plea bargain on behalf of the defendant but it’s the responsibility of the accused person to accept the plea agreement offer. Criminal defense attorneys however explain the consequences of failing to accept a plea agreement, such as:

However, the final decision to accept a plea agreement rests with the defendant.

The Role of the Judge in Plea Bargaining

A plea agreement can be an advantage or a disadvantage depending on the facts of a case and that’s why legal representation is important when facing criminal charges.

Gold jewellery price: How much to pay?

How To Find an NDIS Plan Manager?