Does Umrah Erase All Sins? 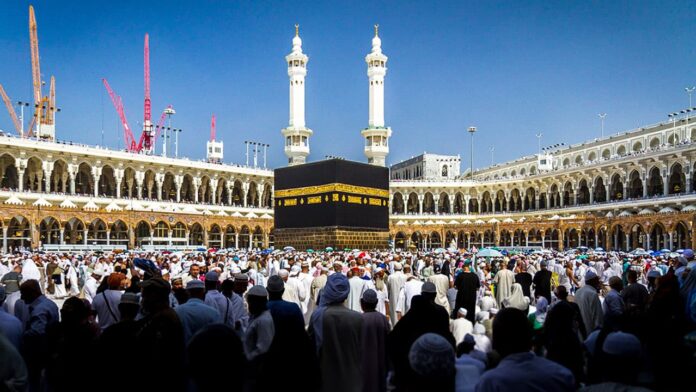 The significance of Umrah in Islam.Umrah, also known as the minor pilgrimage, is a non-mandatory religious act that Muslims can perform at any time of the year. It is a spiritual journey that involves a series of rituals performed in Mecca, the holiest city in Islam. The act of performing Umrah is considered to be a highly rewarding and spiritual experience for Muslims, as it brings them closer to Allah (God) and grants them numerous spiritual benefits. Peoples can  go for umrah with help of any  umrah travel agency. In UK Qibla travels is best choise which providing cheapest Umrah Packages.

One of the most commonly held beliefs about Umrah is that it has the power to erase all of a person’s sins. This belief is rooted in Islamic teachings, which hold that good deeds can erase the effects of past sins and that Umrah is one of the most virtuous acts that a Muslim can perform. However, it’s important to note that this belief is not supported by all Islamic scholars.

The Islamic Perspective on Sin and Repentance

According to Islamic teachings, every person is responsible for their own actions and will be held accountable for them on the Day of Judgement. Every action that is considered sinful, whether it be major or minor, must be repented for in order for a person to be forgiven by Allah.

The act of repentance is a fundamental principle of Islam and is defined as remorse and regret for one’s sins, with a sincere commitment to not repeat them in the future. It involves a verbal confession of sins, seeking forgiveness from Allah, and making restitution for any harm caused by the sin.

It’s important to note that the Islamic belief is that no one can guarantee forgiveness from Allah except Allah himself, and it’s not based on any certain actions or rituals. It is a personal connection between each person and Allah.

The Role of Umrah in Repentance and Forgiveness

Umrah is considered a highly virtuous act that can bring a person closer to Allah and increase the likelihood of their sins being forgiven. However, it is important to understand that Umrah is not a magic formula that can automatically erase all of a person’s sins. Rather, it is a means of seeking forgiveness and repentance.

Umrah is performed with the intention of seeking forgiveness and drawing closer to Allah. It is a time for reflection, humility, and contrition. The act of performing the various rituals associated with Umrah, such as the Tawaf (circumambulation of the Kaaba) and the Sa’i (walking between the hills of Safa and Marwa), is believed to purify the soul and bring a person closer to Allah.

It is also important to note that the forgiveness from Allah is not based on the number of Umrahs a person performs, but rather on the sincerity of the repentance and the person’s efforts to reform themselves and lead a virtuous life.

In conclusion, while Umrah is a highly virtuous act that can bring a person closer to Allah and increase the likelihood of their sins being forgiven, it is not a magic formula that can automatically erase all of a person’s sins. Rather, it is a means of seeking forgiveness and repentance. The act of performing Umrah is an opportunity to purify the soul, reflect on one’s actions, and rededicate oneself to living a virtuous life. Ultimately, the forgiveness and mercy of Allah is based on the sincerity of the repentance and efforts to reform oneself, not on the number of Umrahs performed.