Robotics vs IoT (Internet of Things): What is the difference? 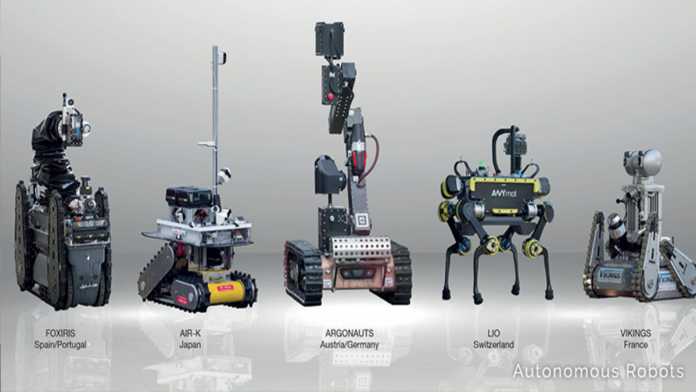 Several advances in robotics have resulted from the drive to the fourth industrial revolution (4IR). As a result, several new technology users are perplexed by terminology that seems to express a similar thing. How will you describe Robotics vs IOT, AI, or intelligent systems to a 6-year-old tech fanatic, for example? Better still, how can you use 4IR expertise to improve your company’s profitability and confidentiality?

This blog will assist you in your Science Project Ideas by determining how and when to apply the 4IR’s new technologies.

It accomplishes this by guiding you over the logic of IoT and robots. The report then examines the relationship between robots and the Internet of Things.

Understanding the concept of Robotics vs IOT

Simply described, the Internet of Things (IoT) is the process of allowing physical items to connect. Your lighting systems, for example, may communicate with your bathroom and dining thermostats.

Each gadget contains sensors that transmit and acquire data through the Robotics or IoT system, allowing them to communicate with one another. The Internet of Things platform is a technology that acquires, stores, organises, and sends data on or on the web. The IP addresses for connecting devices are used by the IoT framework to send information to the correct destination.

More devices may be added to the network, which contributes data to the network and allows for a larger communication infrastructure. Once you have accessibility to the IoT platform, you may also operate the devices virtually and get Ideas for IoT projects.

Robotics is the creation of physical machines that perform manufacturing tasks. A robot is a machine that conducts activities in industry, medicine, agriculture, and other industries.

The basic goal of robotics is to create machines that can perform activities that people are unable to do adequately over time. These jobs are mostly repetitious, monotonous, tiresome, and accident-prone.

Points of freedom affect a robotic arm’s capacity to perform a wide range of directional manoeuvres. The range of angles/ orientations that a robotic arm may safely accomplish during an operation is measured in degrees of freedom.

With that in mind, let’s draw a clear line between Robotics vs IOT.

There are three major parallels between robots and objects (devices in IoT). Robots and Things both use integrated sensors to communicate with their surroundings, interpret data, and react to commands.

However, there are some distinctions:

Why Are IoT and Robotics Progressing At The Same Time?

Until now, the Robotics or IoT groups have been motivated by disparate but closely linked goals. The Internet of Things focuses on enabling services for ubiquitous sensing, monitoring, and tracking, whereas robotic communities are more concerned with producing action, interaction, and autonomous behaviour. Incorporating and establishing an Internet of Robotic Things would bring significant value.

The phrase “Internet of Robotic Things” was coined to describe a concept in which sensor data from many sources is combined, analysed using local and dispersed intelligence, and then utilised to control and modify items in the real environment.

The Market is Growing

The worldwide economy for Robotics and IoT is rising, as per fresh reports, and is predicted to achieve the greatest cagr during the forecast period by 2026. With your smartphone, air cleaner, and grass sprinklers to the puppy bot, the future would see a system of connectivity that spread to every gadget you use. Over every piece of data it absorbs, each gadget will adapt and improve, and theoretically, it will all help us live simpler lives.

The application of robotic technology in the distribution chain may undoubtedly increase both efficiency and profitability. Businesses must efficiently combine corporation IoT and other IoT terminals into a comprehensive and reliable systems integration ecosystem to ensure the most utility from Robotics vs IOT expenditure