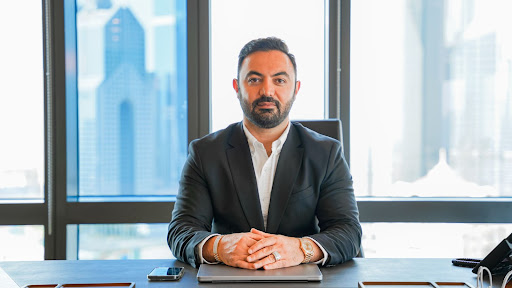 Mostafa Gorji, a cryptocurrency aficionado, watched with shock as the market crashed on his screens in  the second week of May. Cryptocurrency prices had already been trending lower in general, along with  the broader economic unrest that had begun in the last weeks of 2021. But when they declined, they  had a breakdown that some traders compared to the start of the global financial crisis in late 2007.  Many people, according to the COO, are reevaluating their predictions of a bright future. The future in  which cryptocurrencies replace traditional money and break the monopoly of banks as a result of the  collapse of multiple fiat currencies. The Terra Luna crash, which was a major factor in one of the worst  economic catastrophes, has resulted in numerous losses for investors. Luna’s valuation fell from  $20 billion to almost nothing in a matter of days. The following leading coins of the market were also  impacted: Ethereum, the second-largest cryptocurrency, plunged 23% in five days, while bitcoin  dropped 17% in the same time frame.

Why did Luna crash?

Mostafa explains, markets sometimes experience a 30% drop. simply testing their supports again. But  why did Luna drop so much? The price of the $1-pegged algorithmic stablecoin terraUSD (UST), which  was valued at 18 billion dollars at the time, began to fluctuate on May 7 and dropped to 35 cents on  May 9. As a result, By May 12, its partner token, LUNA, which was intended to keep the price of UST  stable, dropped from $80 to a few cents.”

“Terra’s valuation followed suit with Luna’s fall from nearly $80 at  the beginning of the month to a fraction of a cent.”

According to Gorji, “The Terra Luna crash caused the market to become unstable”, and in this catastrophe Retail traders  have been impacted the most. This incident left the entire industry in shock and even the most  vigilant eyes were not anticipating one of the top 10 crypto projects to go to nothing in just a matter of  a few days.

What is the key takeaway of Luna crypto crash?

As explained by Gorji, a $60 billion worth of digital currency was lost in the Luna collapse. This incident  demonstrated that algorithmic stablecoins are not as reliable as asset-backed stablecoins, such as  Tether or USD Coin (USDC).

How did Terra Luna crash?

About $2 billion worth of UST was unstaked from the Anchor Protocol prior to the LUNA disaster, and  hundreds of millions of it were subsequently sold.

The COO said, “although the precise motivation for this crime is still unknown, some speculate that it  may have been part of an intentional assault on the Terra ecosystem.

Stablecoins undoubtedly are one of the main pillars of the crypto sector. Since the debut of the first  stablecoin Tether in 2014, constantly there have been concerns in the crypto community about Tether  and other stablecoins losing peg from fiat money. The most well-known stablecoin, Tether, is allegedly  backed by dollars’ worth of cash on hand along with other kinds of fixed income securities, according to  an audit of Tether. Decentralized algorithmic stablecoins, on the other hand, work to control market  prices by preprogramming supply to match asset demand.

Mostafa further explains that, “the entire crypto market was in the midst of a severe downturn. The  market capitalization of LUNA dropped below UST at this time. As a result, the UST became de-pegged  because its entire value could not be exchanged for LUNA”. All of this transpired in such a brief period  of time that the algorithm that kept the price of the stablecoin at $1 failed to continue to do so.

On September 15, the public learned that a South Korean court had issued an arrest warrant for  Do Kwon, the creator of Terra. Do Kwon and five other people are currently charged with breaking  local market regulations.

What is Luna crypto exactly?

Luna has four separate roles in the Terra network:

1. A means of covering the transaction costs of the Terra network.

In 2018, Daniel Shin and Do Kown introduced Terra, a platform powered by Terraform Labs, a South Korean business.

Gorji concludes that algorithmic stablecoins use a relatively new method to tie their value to fiat money  and apparently they have failed to endure the test of time because we have not observed their  effectiveness in the face of significant market stress.

Even though LUNA is now not a smart investment, investors should still do their research and determine the best course of action. If you wish to invest in Luna or simply buy bitcoin in the UAE, you can  trade with Crypto Desk, a company that Mostafa Gorji co-founded.

What is Luna Crash’s Impact On Crypto Market?

We should anticipate additional setbacks on the worldwide market because this incident badly damaged the investor’s confidence in cryptocurrencies.

A network of decentralized stablecoins was supported by the Terra blockchain technology. Its  currency, LUNA, also functions as a decentralized reserve.

Do Kwon and Daniel Shin started Terra in 2018, and the company debuted its mainnet the  following year. Kwon and Shin created Terra to give consumers the security of fiat money while  utilizing blockchain technology to make settlements quicker and less expensive than with conventional  payment methods.

How to Buy Terra (LUNA)

Terra Luna is now only available on a relatively small number of exchanges, including Crypto Desk a crypto exchange in Dubai, that allows users to trade Luna and more than 500 other crypto currencies. If  you want to invest in Luna or just buy bitcoin in the UAE you can use Crypto Desk services. At Crypto  Desk, you can buy USDT with cash as well.