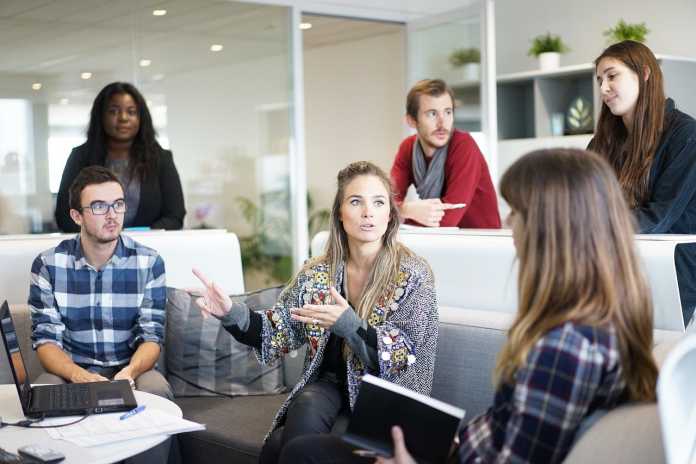 In conjunction with the celebrations of the International Day of the Arabic LanguageCoinciding with the International Day of the Arabic Language, the Vodafone Egypt Foundation for Community Development signed a memorandum of understanding with the Ministry of State for Migration and Egyptians Abroad Affairs to support the “Speak Arabic” initiative, by creating and publishing content on an educational platform targeting Egyptians inside and outside Egypt, with the aim of preserving national and cultural identity Egyptian in Egyptian children.

The memorandum was signed in the presence of Ambassador Nabila Makram Abdel-Shaheed, Minister of State for Immigration and Egyptians Abroad Affairs, and Ayman Essam, Head of the Foreign and Legal Affairs Sector at Vodafone Egypt. Trustees of the Vodafone Egypt Foundation for Community Development.According to the memorandum of understanding, the Vodafone Egypt Foundation for Community Development will prepare and publish content on an educational platform to teach the Arabic language that helps to learn the Arabic language, starting with the alphabet and ending with introducing the user to the most important Egyptian cultural customs and traditions, to support the process of communication using the Arabic language during different educational stages.

For her part, Ambassador Nabila Makram, Minister of Immigration, praised the cooperation with the Vodafone Egypt Foundation for Community Development, within the framework of the implementation of the presidential initiative “Speak Arabic”, which aims to preserve the Egyptian national identity and strengthen and consolidate the spirit of belonging among the emerging Egyptian generations outside and inside Egypt.

In light of the celebrations of the International Day of the Arabic Language, corresponding to December 18, the Vodafone Egypt Foundation for Community Development will encourage Egyptians outside and inside Egypt to learn the Arabic language in a simple and attractive way, through the “education” platform, in order to support the “Speak Arabic” initiative.

Talimy platform will include a library of Arabic books in partnership with Young Thinkers, a sister company of Arab Thinkers Company, specialized in producing educational resources in Arabic for children. Social and cultural topics using vocabulary from the real life of the child, and the platform will provide comprehension and comprehension tests after reading and listening to each book.

The educational platform also contains 182 educational videos to improve the Arabic language skills for Egyptians in Egypt and Egyptians residing abroad, in addition to 20 electronic games with the aim of preserving the Egyptian national and cultural identity and consolidating belonging among Egyptian children residing abroad.The Minister of Immigration said that the cooperation with the Vodafone Egypt Foundation for Community Development comes within the strategy of the Ministry of Immigration to establish partnerships with civil and private institutions, considering this cooperation an important step due to the wide spread of the Foundation, which will help in reaching the target group of the “Speak Arabic” initiative.

The content that will be published on the “Talami” platform for teaching Arabic will contribute to the implementation of the initiative’s goals, including developing language skills, reminding and introducing national events, as well as introducing Egyptian heritage, history and identity. Egyptians are abroad, so it will rely on electronic games aimed at preserving the Egyptian national and cultural identity and consolidating belonging among Egyptian children residing abroad.Ambassador Nabila Makram added that the Ministry of Immigration worked during the past period to implement a number of programs and activities within the “I speak Arabic” initiative, including the launch of the electronic application “Speak Arabic” to be the first electronic application to teach the Arabic language directed to Egyptians abroad, in a manner designed for the purpose of learning about culture.

And the Egyptian and Arab traditions to preserve identity through an enjoyable experience, in cooperation with Nahdet Misr Publishing House, and the TV program “Al Arabi Keda” was implemented to achieve the initiative’s goals by hosting personalities from ministers, artists and athletes with influence at the level of the target group, in addition to organizing 16 camps Virtual and non-virtual, for children of the fourth and fifth generations of Egyptians abroad, these camps include various competitions and recreational activities, aiming to create a link between these generations and their motherland For his part, Ayman Essam, Head of the Foreign and Legal Affairs Sector at Vodafone Egypt, stressed the importance of the “Speak Arabic” initiative, to introduce Egyptians to Egyptian values ​​and culture, as well as informing young people of their history, ancient civilization and the achievements of the Egyptian state at the current stage, which requires the need for concerted efforts of the sector.

The initiative aims to support the success of the initiative, by providing solutions such as the Talimy platform, which provides content to teach the Arabic language and highlight the history of Egypt in a simple and fun way.For his part, Eng. Mohamed Hena, Chairman of the Board of Trustees of the Vodafone Egypt Foundation for Community Development, said: “The cooperation with the Ministry of Immigration aims to encourage the spread of the Arabic language among Egyptians inside and outside Egypt, to preserve Egyptian identity and values, and to highlight Egyptian history and culture, through attractive and simplified content. On an educational platform to attract children and children abroad to their homeland Egypt, pointing to the great role of the educational platform in supporting the “Speak Arabic” initiative by facilitating the dissemination of the initiative by making it available on an educational platform for all Egyptian children, and the foundation’s support for this initiative reflects its main goal in providing a digital educational experience for all, whether Inside or outside Egypt, without any restrictions.

It is noteworthy that the Vodafone Egypt Foundation for Community Development launched the “Education” platform in 2019 as the first free digital educational platform for parents, teachers and students in Egypt. Including Nahdet Misr, which provides the educational curriculum for students through the Al-Adwaa platform. The Foundation also renewed its partnership with Balanced Education Company, with the aim of providing digital training programs for teachers on the “Education” platform presented by major international universities, the most important of which are: Florida Atlantic and Indiana Universities and Franklin Covey Company, with the aim of raising the level of their professional performance, refining their educational skills, increasing their knowledge and level of education.

Their ability to innovate and innovate.The Foundation focuses on “digital education” as one of the most important elements of the success of the digital transformation process that we are currently witnessing, and therefore it has paid great attention to the digital educational process, and by supporting all elements of the educational system to keep pace with developments and changes, and the Foundation is always working to launch various initiatives and develop its main platform “educational” to achieve the goals entrusted to it and to keep pace with the challenges and requirements of the age.Vodafone Foundation is also always keen to establish partnerships with all stakeholders from the public and private sectors in order to enhance the technical skills of students, and to expand digital educational services to keep pace with the distance learning policy. The educational platform has achieved great success, as the total number of users since its launch has reached more than one million users.